For full disclosure of our judging process, statistically speaking, we have gathered the following information:

See pie chart below for visual presentation of information: 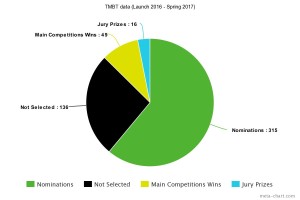